The photographic license - how the camera changes the behavior

I don't know if you have ever been in such a situation but it happens to me quite often when I get the 'big' 'professional' camera with me and head out shooting. Somehow when people notice you with that equipment, they seem to be more tolerant to what you do and even try to help. I called this 'the photographic license'


If you have studied literature, you probably know that there is such thing called 'the poetic license' that enables the poet to do whatever atrocities they like to the language - use nonce-words, revert word order etc. I discovered that the same (or almost the same) goes for photography.
As if there is something magical in the equipment and for some reason it makes people take you seriously.

I had this case when I wanted to go shooting at the German Weihnachtsmarkt at the center of town. So far so good, but at the moment I had only my old and favourite compact red Canon PowerShot with me. I went no matter what because I felt that I have to - it is a gut feeling. Guess what - I was snapping away but people did everything to make my life hard - got in my way, bumped into me, intruded in the shots or - didn't notice that I exist.

I managed to get some amazing shots that evening - no matter what. The picture below is one of my favourite Christmas pictures ever and maybe one of the best Christmas moments I have ever captured. Unfortunately I never got to know the woman or the child - they went away without even noticing me. 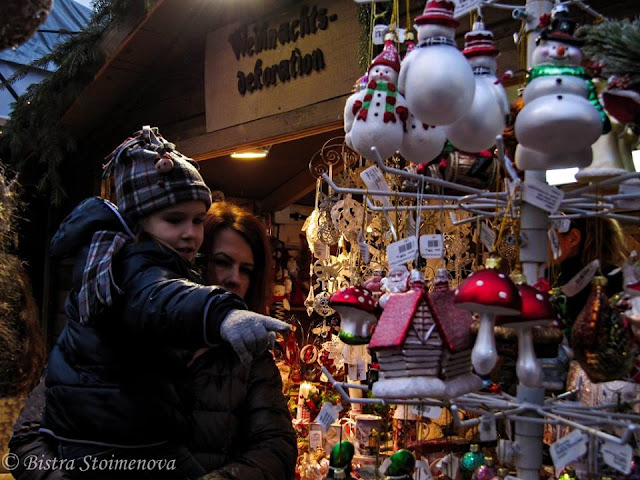 The next evening I came back with the 'real' gear - black 'professional' camera and all. Guess what happened? Everyone stepped out of my way, practically no one bumped into me and when people saw me - they backed out of the way and even tried to help me arrange the thing I wanted captured. 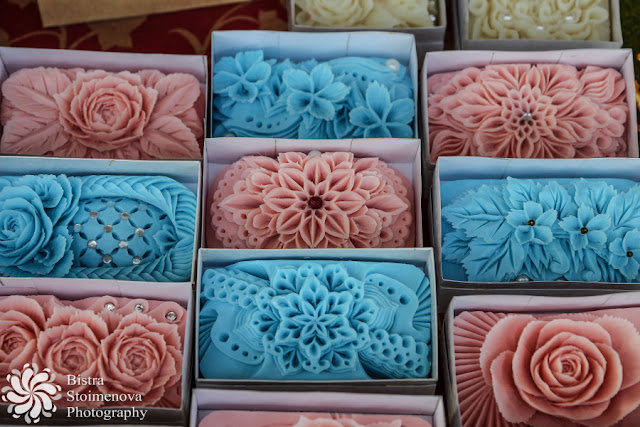 I've seen that at travel locations as well - people tend to pay more attention to you when you carry a big, Terminator-like black 'professional' camera than if you carry a compact one - even though you are one and the same person anyway. I will keep writing professional in inverted commas because I think that the professional is the person behind the camera and the equipment alone cannot make you  a pro. That is a topic of another post, however.

That had me thinking - why does it happen? Why people behave that way? Is it me or is it the gear?
That led to another question- does my behavior differ when I get the big camera on?

The answer came one evening on location (Sighisoara, Romania, by the way  - promise to tell it all in a travelogue) and was confirmed when I had to shoot at one or two events. I am generally not a shy person (well, not an introvert, at least) so that came as a shock to me at first. I noticed that the moment I hide behind the lens I become bolder and am willing to do things I would probably never do without the camera in front of me - like asking a complete stranger at a fair to pose for the camera and if you can photography their goods, to walk around a town in the late afternoon when there is no one around and it actually gets scary because the area is so remote and you are a foreign girl 165 centimeters tall. That camera makes me go and hang over a 80-meter bridge or climbing a rickety coast guard viewpoint or go into the bushes and the sand (despite the chance of finding a snake or a scorpion) for the one and only purpose of getting the right shot.

But there came another question - I did the same when I had a smaller camera. Why didn't people take me seriously then? The answer, I guess, lies in the gear. The bigger and scary/professional -looking it is, the more people start thinking 'Hey, look at her - she MUST be a pro, let's get out of the way!' or if they don't like getting photographed 'Oh, is that a photographer over there? She must be - look at her camera and stuff... I must get out of here before she takes a picture of me!'

So, in a way, people do license you with their behavior and you are free to act as you like. I normally use the moment to get better access to the location - if that is possible - or to get a photo of someone or something I like. When I have a camera in hand I am prepared to do almost any kind of idiocy to get the right shot. (and believe me - I have a few idiotic stories to tell come to think of it). With a camera in hand, there are no language barriers.

So, what do you think?
Is there a photographic license and does holding a camera change you or the people around you?